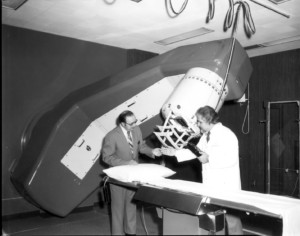 In 1946, the Lions Cancer Control Fund of Indiana, Inc. began as the state’s first project in Indiana at the state convention held in South Bend, Indiana. Past District Governor Walter Shirley of the Indianapolis Downtown Lions Club presented a resolution to establish the fund, and it became a permanent state project the following year.