Along with other fundraising, Lions Clubs throughout Indiana have been collecting keys for years in an effort to raise money for the Cancer Control Fund. This program has continued to grow, much to the surprise of Dennis Brown. Lion Brown, the originator of the program, began gathering keys as he visited the 57 Lions Clubs in his district, which spans six counties including Jasper, Lake, La Porte, Newton, Porter, and Starke. This program continues today canvasing the entire state of Indiana. Lions Clubs accept keys of all kinds from the general public and retailers alike.

Once the keys are collected, they are cleaned by the Keys for Cancer Committee members and taken to predetermined smelters.  As prices for recycled goods can vary, the Committee Chair will ensure that the collected keys bring top dollar.

The keys are sold by “the pound” to the smelter.  Once all keys are recycled, 100% of the proceeds are donated to the Lions Cancer Control Fund of Indiana, Inc. This corporation has held its not-for-profit, 501-C3 tax status for 72 years. 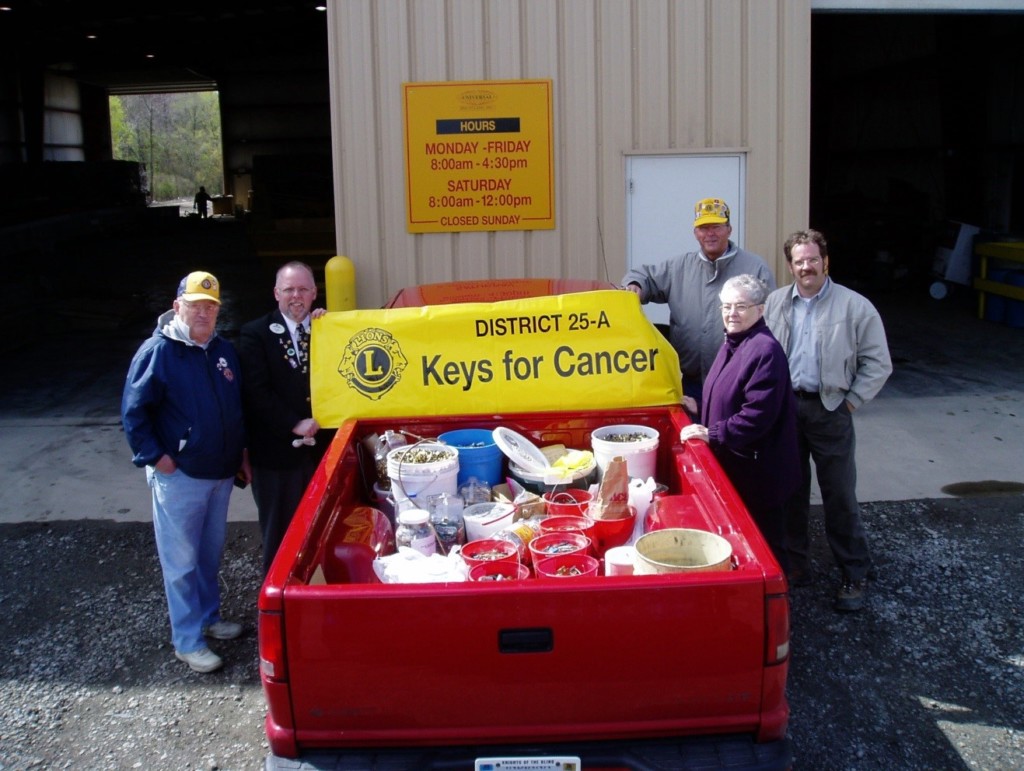 Due to the outstanding reputation of the Lions Clubs International and local Lions Clubs, often members of the general public will make monetary donations, as well as donating unused keys to the project.